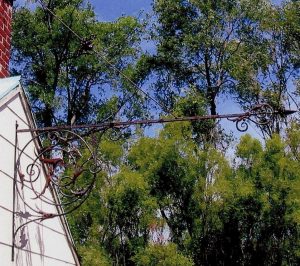 Above is a European sign bracket, a fine example the German Renaissance style. It was one of several “tavern style” sign brackets I restored for this client.
Below are images taken after sandblasting, revealing the delicate chased details. 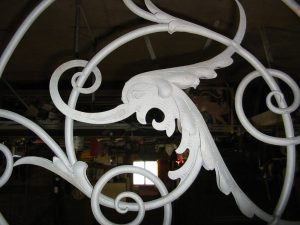 Above we see a fine example of the whimsical figurines so often found in this period of German ironwork. I personally enjoy how the leaf forms pierce the surrounding scrollwork.
The image below better shows the flowing scrollwork surrounding this form. 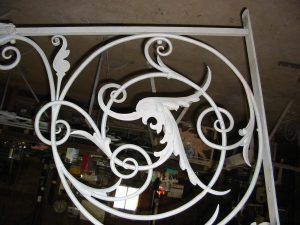 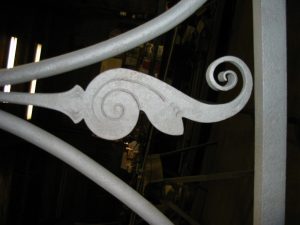 Many of these motifs are made in flat forms, with chased-in details, as shown above, and below. 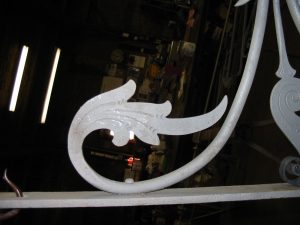 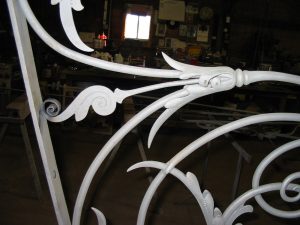 In the husk above, the graceful and sleek lines create a wonderful form, void of the surface detail found in the forms in the flat.
Below, look carefully in the center of the image, and you will see how the main bar was split to accept one of the flat and chased motifs. They were then riveted, and finish-filed to blend the two together. 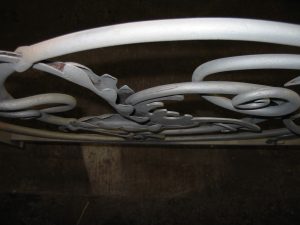 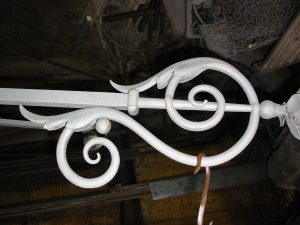 Finally, we see the flourish at the tip of the bracket. The former owner of this bracket fancied himself an ironworker, and unfortunately welded some inappropriate items on the end, which I later removed. The original tip terminates at the round ball.
(The rusty hook was used to hang the bracket in place. I inverted the image to better show the motif.)
This bracket was part of the same vast collection as is the Baroque Grave Cross shown in an earlier post.
……..Dan Nauman
“The words of a wise man’s mouth are gracious”….Ecclesiastes 10:12